Dedicated to the Memory of Joan “Nanny” Delfino

We follow her original family recipes, making everything exactly the way she taught us.

Open seasonally from September through November

Mouth-watering baked goods are at the heart of the Apple Hill Farms. Our bakery is our main attraction and is the reason thousands of visitors come every fall. Joan Delfino (Nanny to all of her grandchildren) was dedicated to providing visitors with homemade, quality products made completely from scratch. She was the mastermind behind all our recipes including our famous Walkin' Pie. 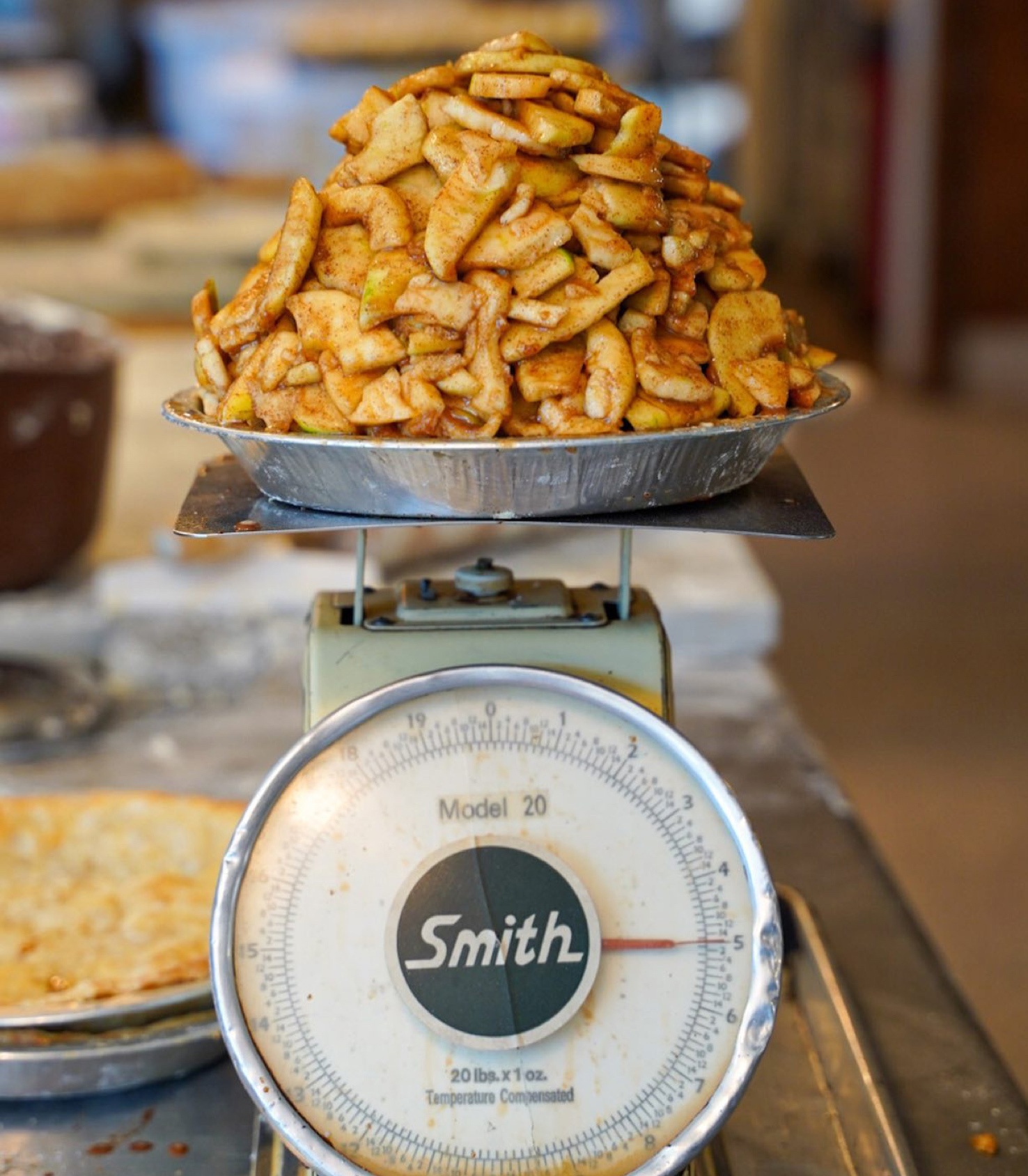 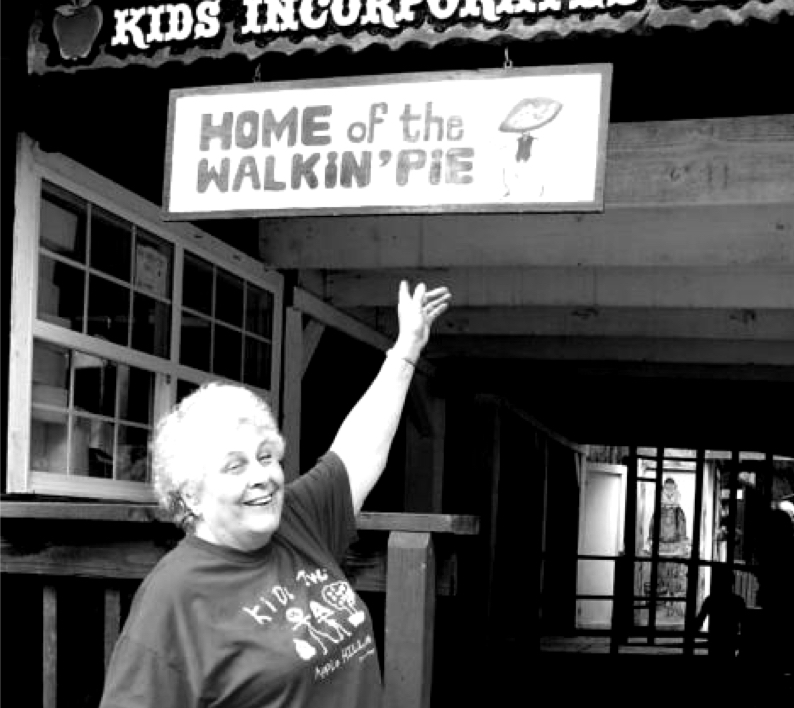 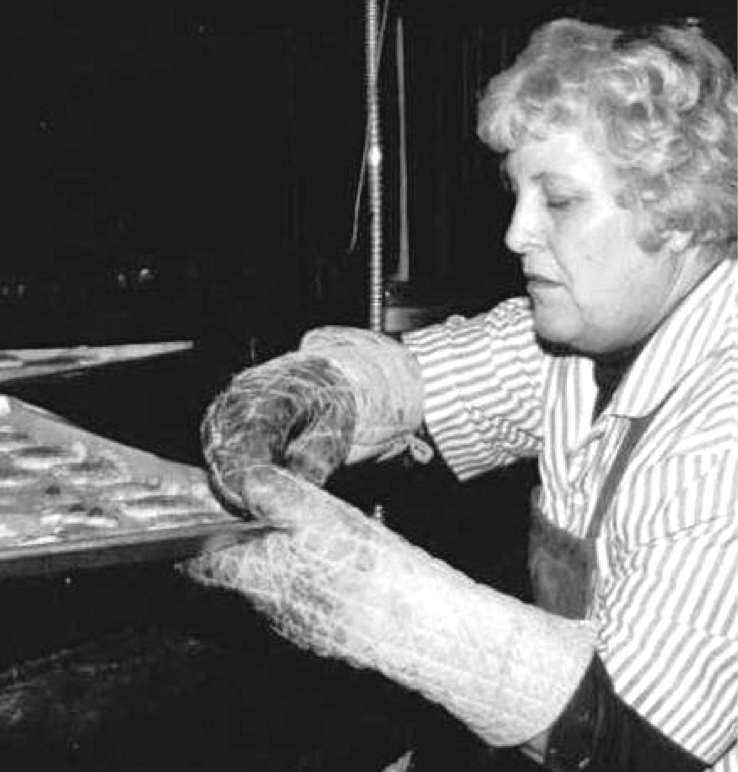 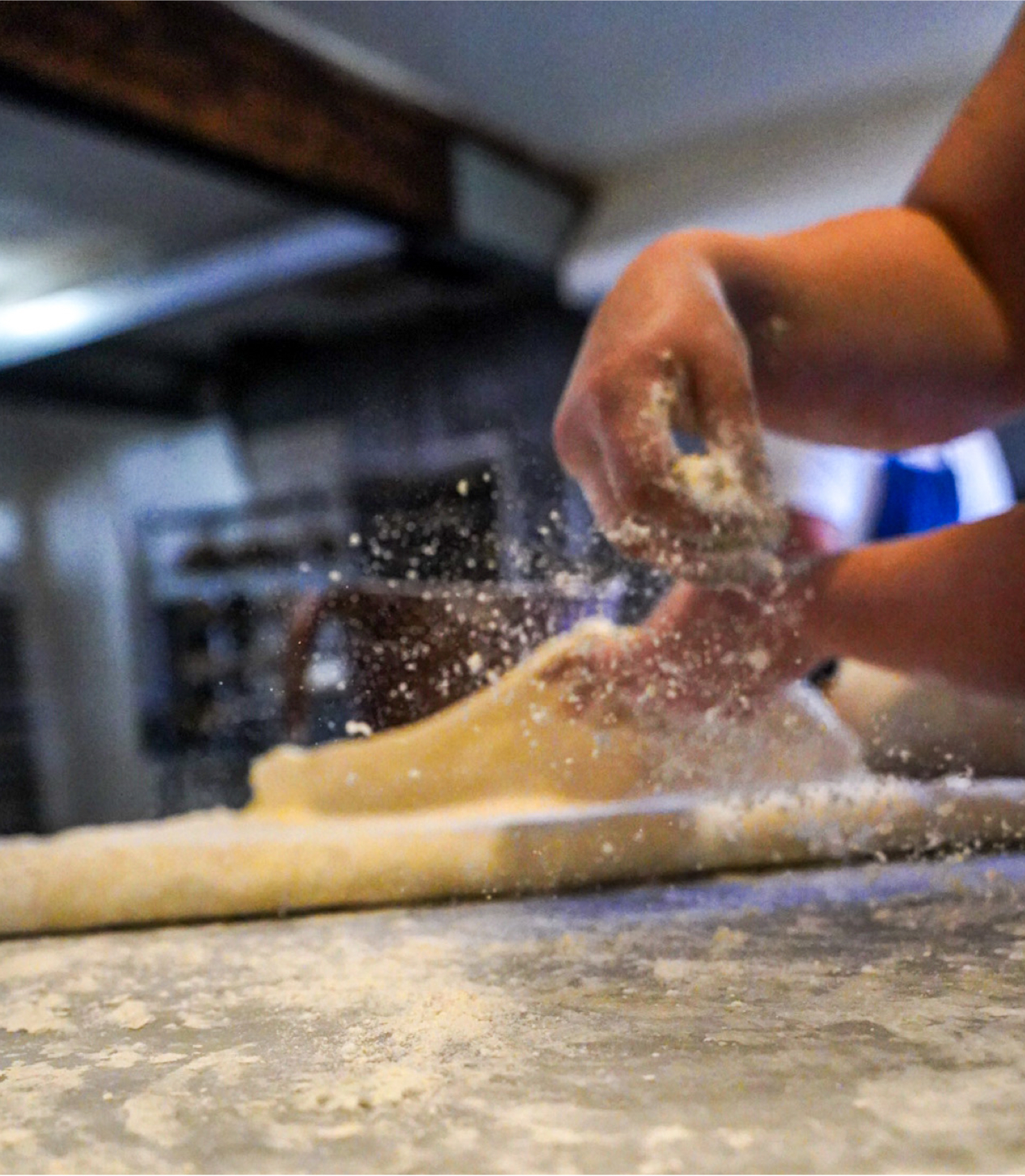 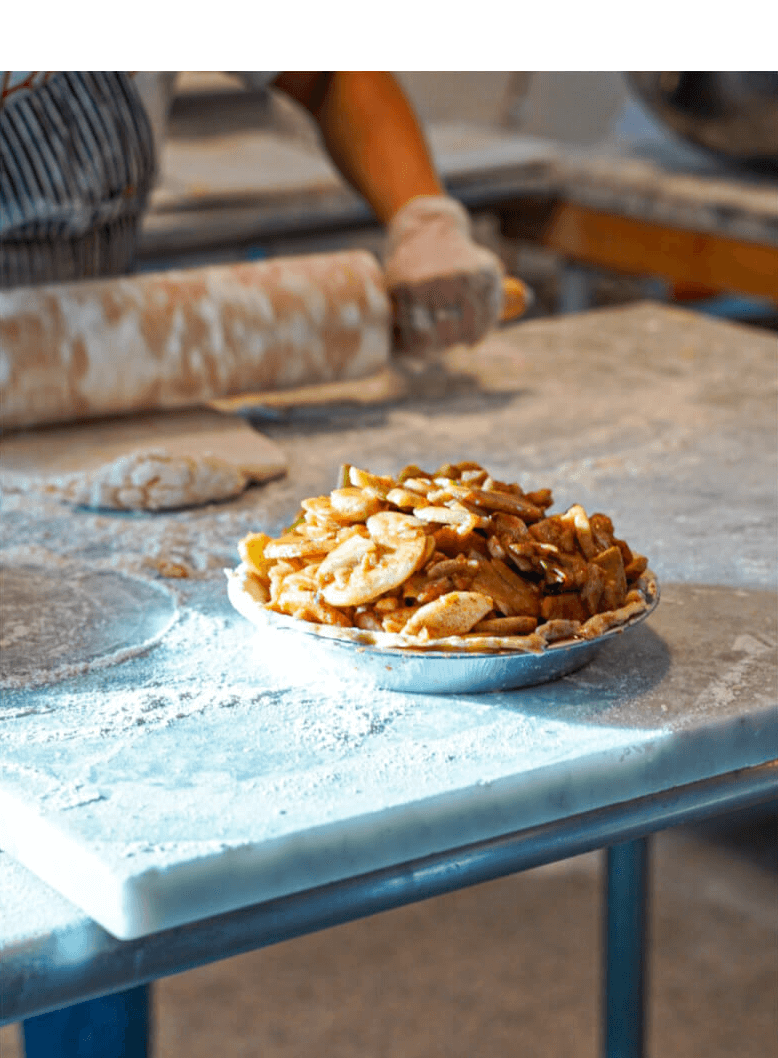 Our Pies are Made with Love

Each and every year we continue the dedication to Joan Delfino and her recipes by making everything by hand, daily, and from scratch! 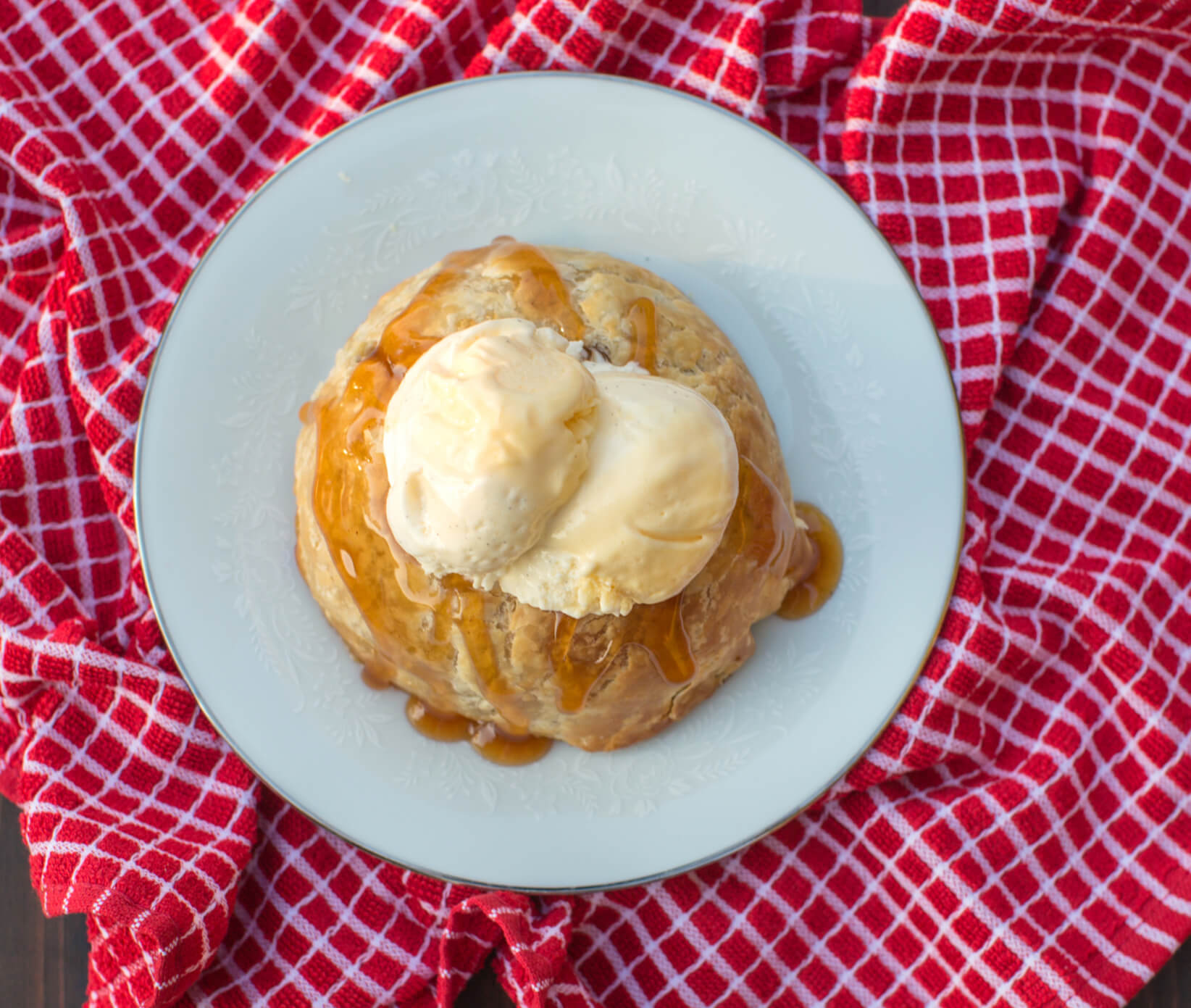 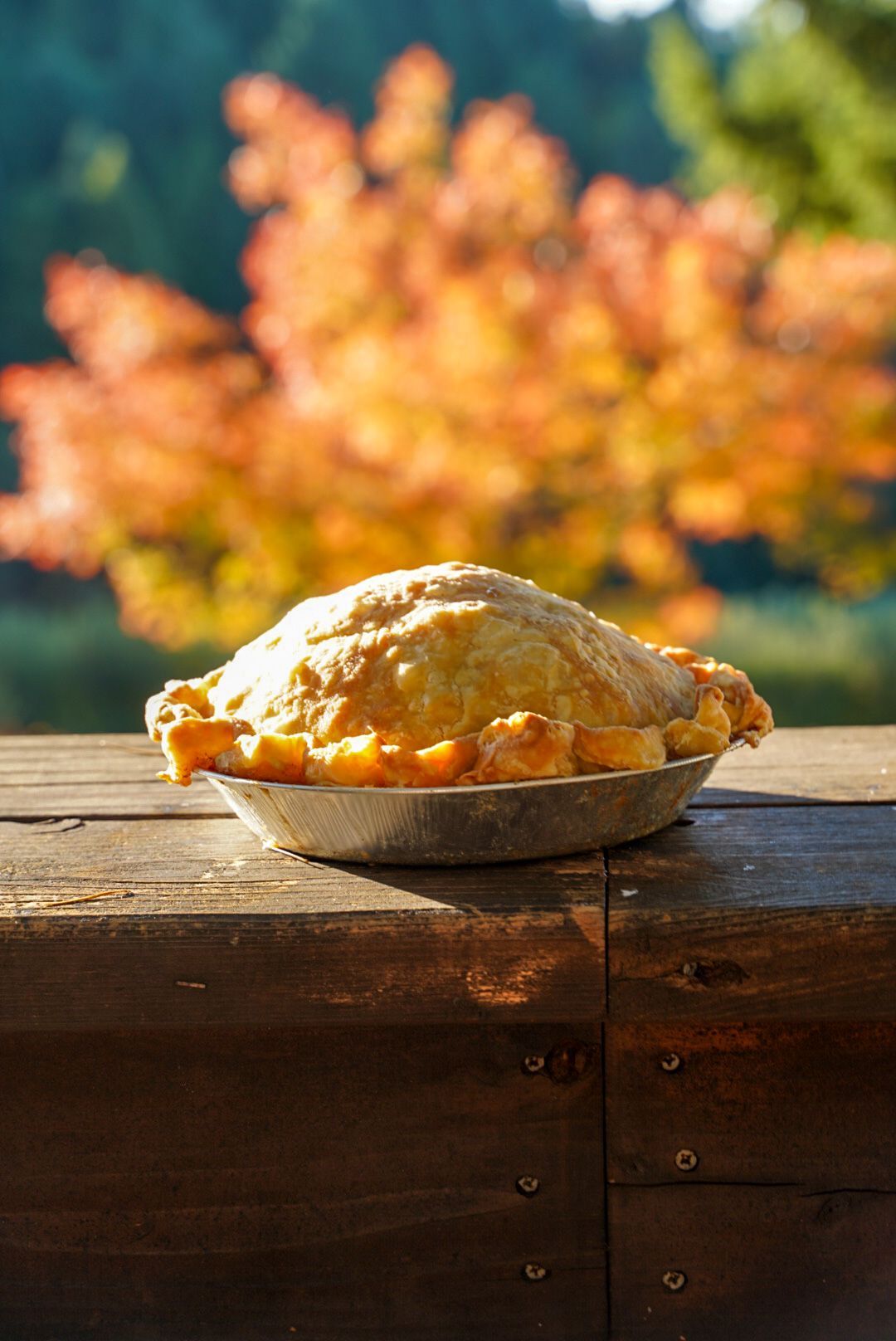 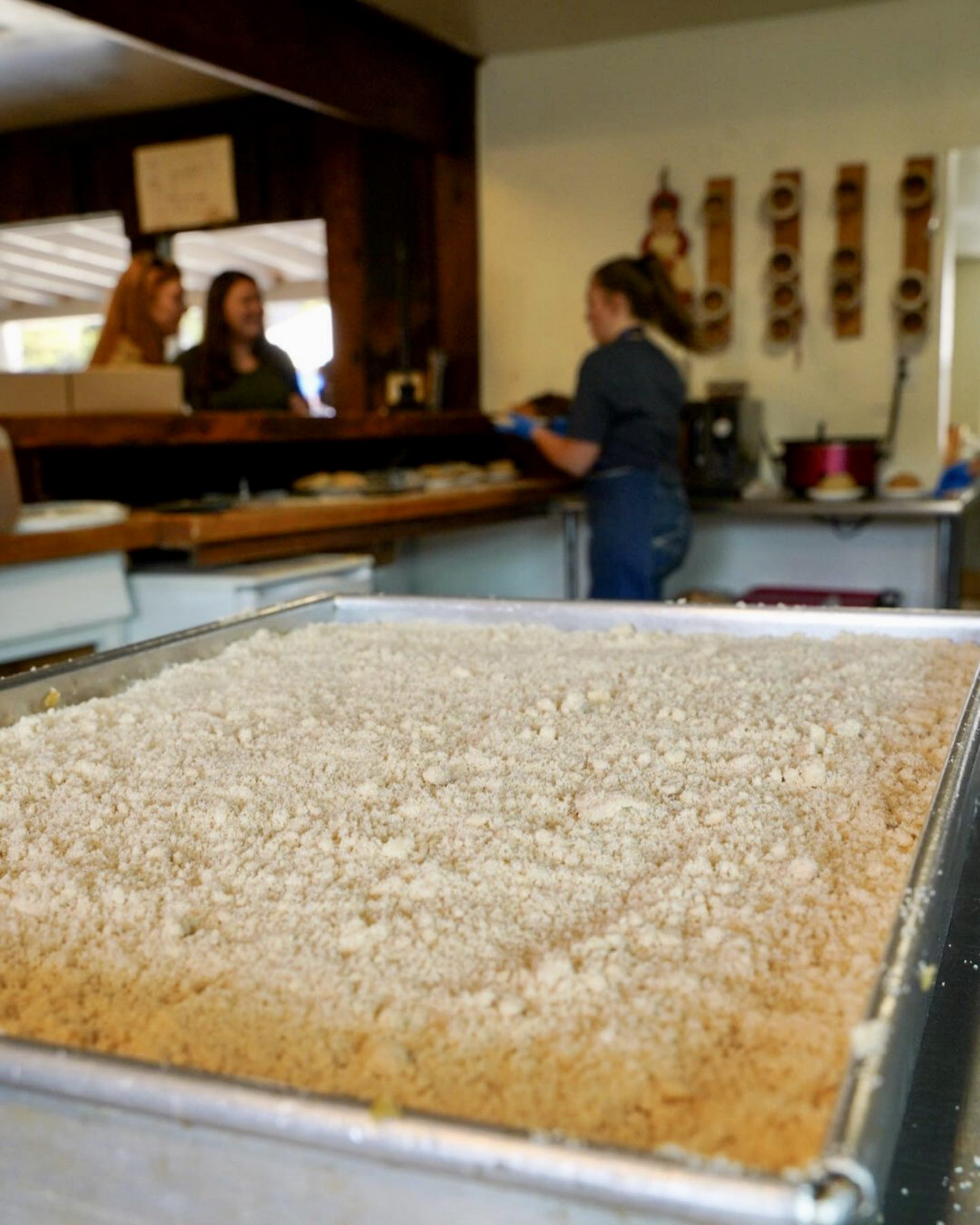 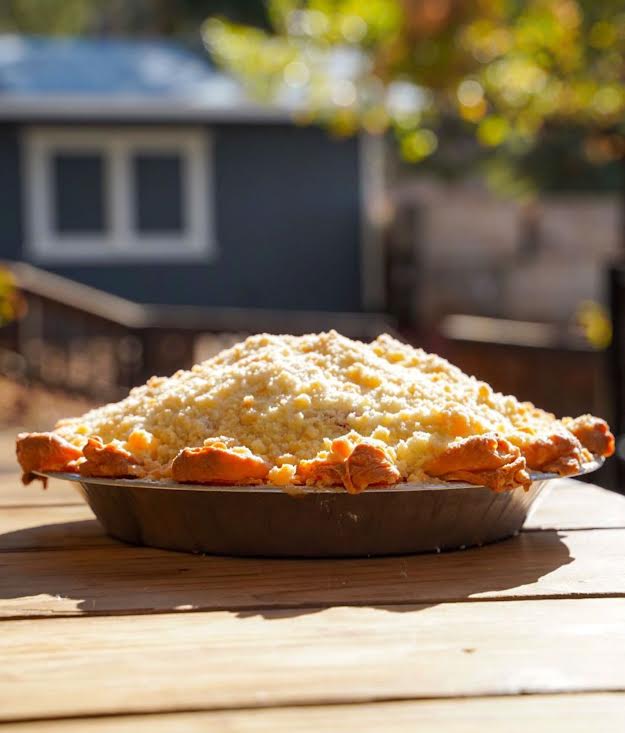 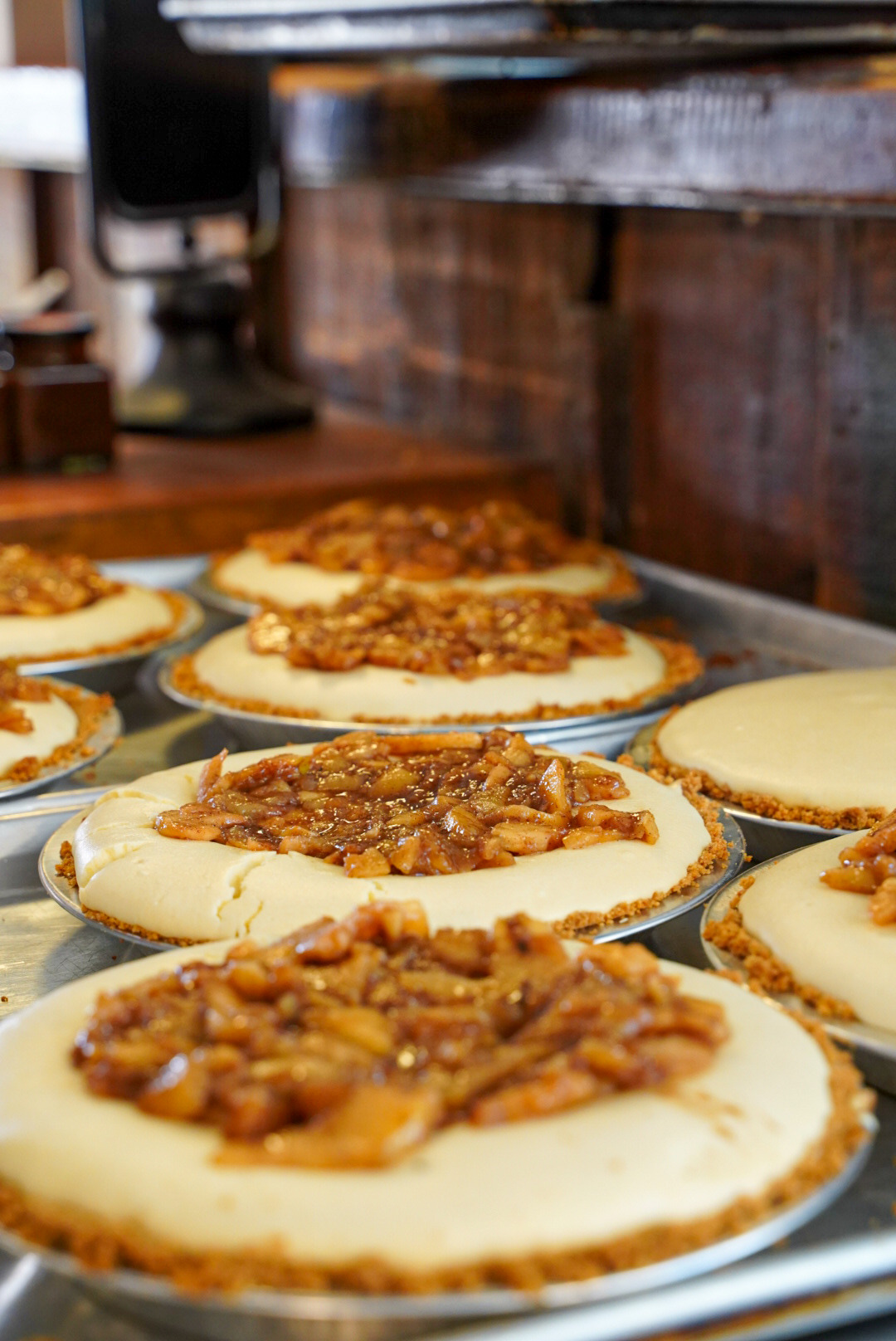 Joan created the famous Walkin' Pie when her seven children were young. They were always asking for apple pie, but giving them forks and plates was a mess. To fix this problem, Joan created a “mini” pie. She put some dough on the bottom, a circle of spiced apples for the filling, and then a piece of dough on the top. She baked it and, when it cooled, handed it to her children to eat outside. They would eat it much like they would a hamburger. When the youngest son, Edio Jr., was six years old, he began calling this creation a “Walkin’ Pie” because you could walk around and eat it. It has grown in size, but is just as good as the original. Make sure to try our famous Walkin’ Pie with our cider sauce and vanilla ice cream!

Edio and Joan Delfino planted 2600 apples trees to start their Apple Hill farm in 1964. You could imagine how many apples those trees produced! Joan began making the five-pound "Farmhouse" pie which could feed a farmhouse full of people. Her hope was that the visitors to the ranch would buy lots and lots of apples and duplicate this pie for their families. We suppose this happened but, mostly, visitors just came back to buy Joan's Farmhouse Pie. It was (and still is) a big favorite!

This pie is the same recipe as the Farmhouse Pie, but three pounds of apples-made with cottage-sized families in mind.

We make 200-300 apple crisps on any given October weekend-each container feeds three people. The chopped apple filling is cooked and then topped with a brown sugar/flour/butter crumb topping. Our apple crisp is our style of traditional Apple Cobbler.

Some people would refer to this pie as a "Dutch Crunch Apple Pie". But Joan was French, so she called it the "French Apple Pie". We use sliced apples and cook them slowing adding a touch of cinnamon for flavor. We top the cooked apples with a sugar/butter crumb topping and pop it back in the oven to brown. Viola!

This is our newest pie here at Joan's Apple Bakery! The recipe was created by Robyn Delfino. The Delfino Family loved this cheesecake so much during the holidays that we decided to top it with apples and add it to our menu! Creamy but not too sweet. We think our Apple Hill visitors are glad we added it! It's proven to be one of our top sellers.

The blackberries are from the thornless bushes grown here at Delfino Farms. This pie is great warm with ice cream! We make it in September only. And, you can special order it for the holidays while blackberry supply lasts.

Cream cheese is our secret to the creamiest pumpkin pie ever. Top with whipped cream for the perfect fall dessert. November only.